For your next football party and tailgating event

Sports fans, rejoice! We’ve created a list of the best tailgate food recipes with traditional football foods for all 32 teams in the NFL! From Buffalo wings for the Buffalo Bills to crab rolls for the Seattle Seahawks, each of these super-famous finger foods would be great at your next football party! 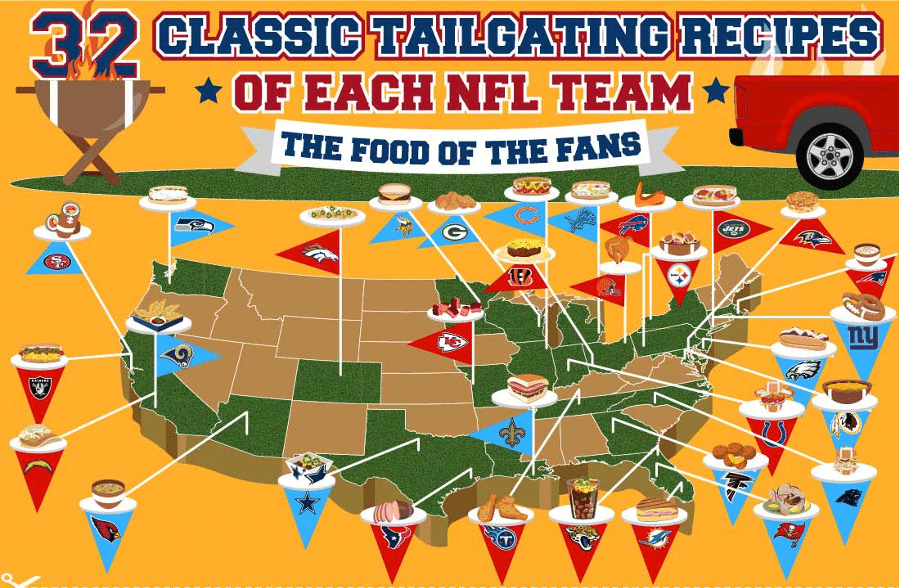 Would you like to add this infographic to your page? Copy and paste this embed code: