Motorcycles began to achieve mainstream popularity in the United States in the years following World War II. With this popularity came a powerful rise of two-wheeled vehicles to Hollywood stardom. A motorcycle included in a film often meant that the bike itself would be seen as just as much of a character as the riders themselves. This infographic showcases the most iconic real and fictional motorcycles to ever grace the silver screen. 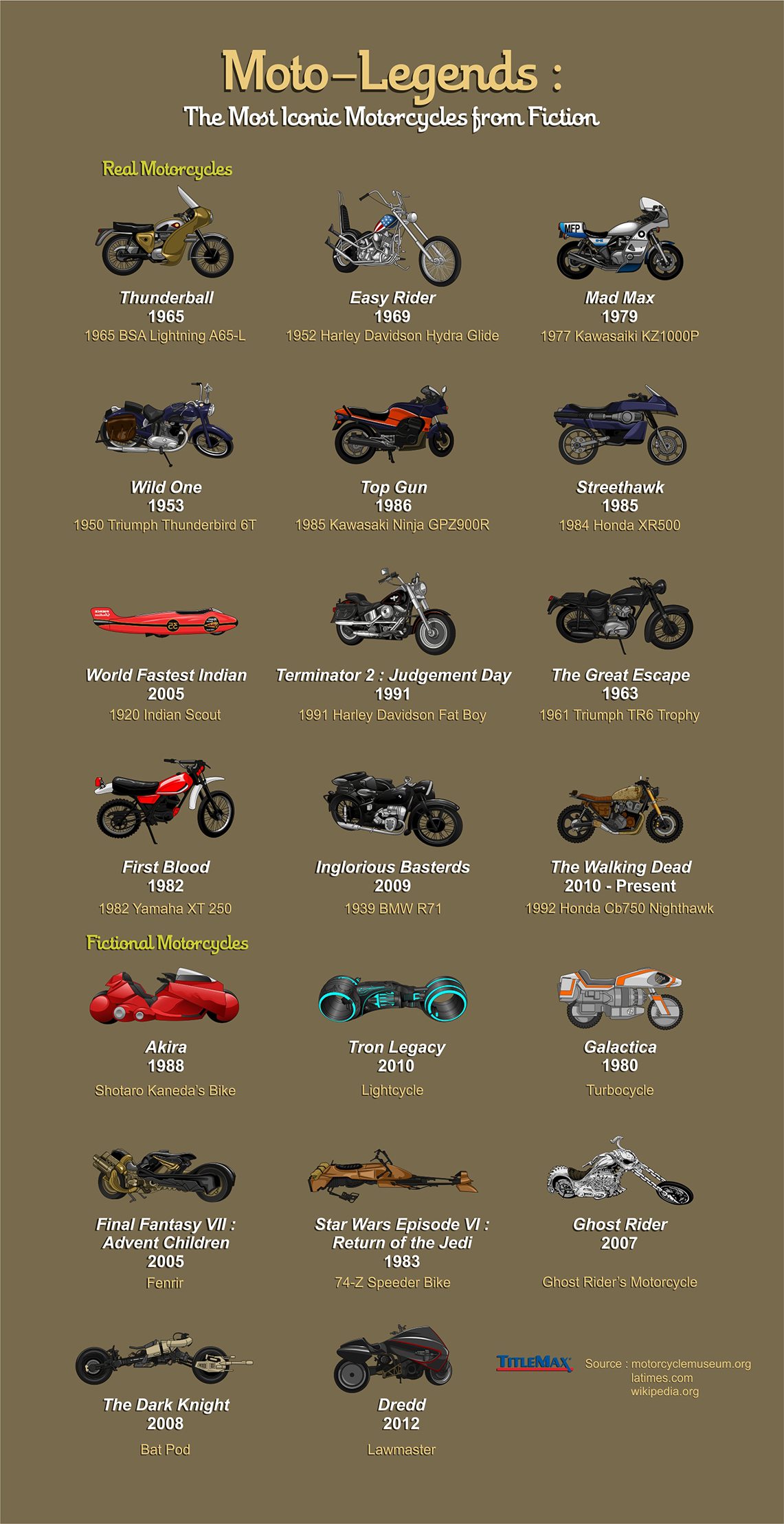 First Time Home Buyer
The journey into home ownership can be a great adventure, but one with many steps and months of challenges to pursue before achieving this great milestone. First time home buyers may find the home buying process to be complex and intimidating from finding the right-forever home, to understanding financing, to maneuvering through contracts before getting to the closing table... One way to minimize the fear of the home buying process is to gain knowledge and guidance. The objective of this series is to help first time home buyers understand the steps and gain a good level of knowledge and confidence within the home buying process. An informed buyer is a confident buyer.

The Ultimate Road Trip
Take time to get out of dodge. Can be a plane, train or automobile. This series focuses on good old road trips. Some are a couple miles down the road and some are across the country or across the ocean to the most fantastic scenery or landmarks you've ever seen. Included are how to prepare, fun on the road, and preparation along the way.
Discovery Center
Close Menu
quis id leo odio ultricies efficitur. commodo amet, facilisis Aenean Praesent