Misconceptions have a way of infiltrating our brains, spreading rapidly through word of mouth and social media. The Internet is a double-edged sword; it can help us discover the truth just as quickly as it can spread lies like wildfire. There are opinions everywhere, and reality is often skewed to suit agendas and biases. With shouts of fake news all over the media, it can be intimidating to sort fact from fiction. While it is impossible to dispel all of the myths, this infographic debunks 50 common misconceptions about history, humanity, food, technology, animals, astronomy, religion, crime, and math. Impress (or annoy) your friends and family with all of this newfound knowledge!

Misconception: Ancient Greek and Roman statues have always been colorless. 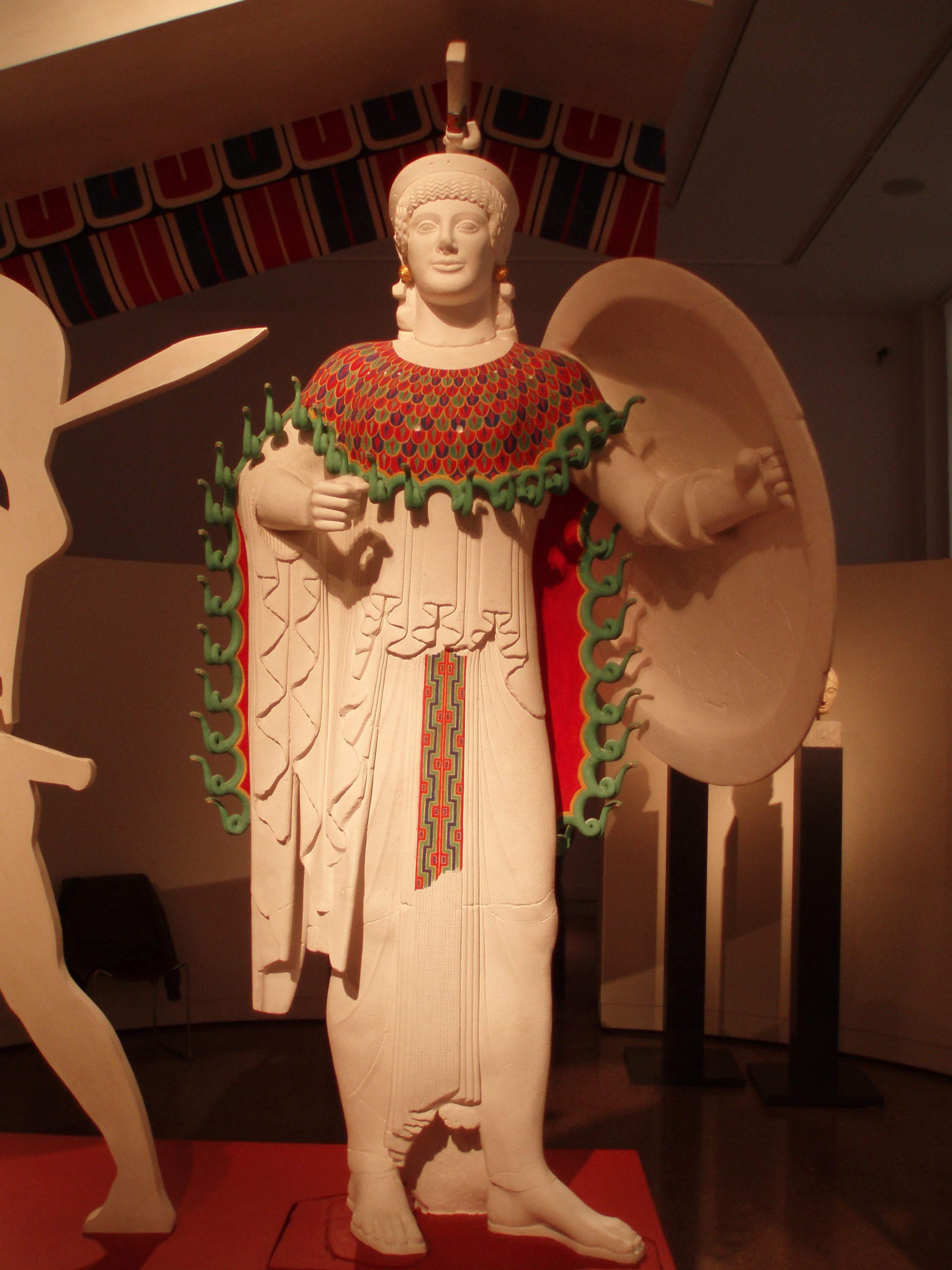 Truth: He was actually 5’7”, which was slightly taller than the average Frenchman at the time.

Misconception: When you have an IV, a needle is in your arm the whole time.
Truth: A needle is only used to insert a small IV tube (or catheter) into the arm and is then removed, leaving the tube inside.

Misconception: You must wait 30 minutes after eating to swim.
Truth: There is no increased risk of muscle cramps if you swim shortly after eating.

Misconception: The MMR vaccine causes autism.
Truth: The 1998 study by Andrew Wakefield that is often cited as proof of this has since been denounced by 10 of the 13 original authors.

Misconception: Shaving makes hair grow back thicker.
Truth: Shaving does not change the thickness, color, or growth rate of hair. The coarse tips left by shaving create an illusion of thickness.

Misconception: Having OCD (obsessive-compulsive disorder) means someone is extremely tidy and organized.
Truth: OCD causes uncontrollable thoughts and behaviors that the person feels they must repeat over and over. In fact, it can make it more difficult to be neat and organized.

Misconception: You only use 10% of your brain.
Truth: Brain scans have shown that no matter what someone is doing, all brain areas are active to some degree.

Misconception: Memories lost during drunken blackouts can be recovered.
Truth: This is impossible because drinking too much alcohol causes the part of the brain that encodes short-term memories to switch off.

Misconception: Searing meat makes it more juicy.
Truth: Searing meat does not seal in moisture. It does produce a brown crust with a rich flavor via the Maillard reaction.

Misconception: Microwaves cause cancer.
Truth: Microwave oven radiation is non-ionizing, meaning it does not pose the cancer risks associated with X-rays.

Misconception: An espresso shot has more caffeine.
Truth: A shot of espresso has about the same amount of caffeine as a cup of coffee.

Misconception: Peanuts are nuts.
Truth: Peanuts actually belong to the legume family along with beans and peas.

Misconception: Turning on the interior light while driving is illegal.
Truth: It is not illegal, but it does make it harder to see the road and can cause distracted driving.

Misconception: Leaving your phone charging after 100% damages the battery.
Truth: Today’s lithium-ion batteries are advanced enough to stop charging when full. The charger will still draw a small amount of current, though, so unplugging it can save a bit of money.

Misconception: Al Gore claimed he invented the Internet.
Truth: His statement was that he “took initiative in creating the Internet,” meaning that he made efforts to make the Internet more accessible and viable for economic growth.

Misconception: Bears hibernate all winter.
Truth: Bears fall into a deep sleep called torpor, which is not true hibernation. They can readily respond to external stimuli and wake up.

Misconception: Leave wasps alone and they will leave you alone.
Truth: This only applies to bumblebees. Wasps (such as yellowjackets) do sting unprovoked. Aggression can also be triggered by nest proximity, season, or a former unrelated injury.

Misconception: A cat purring always means they are pleased.
Truth: Purring is a multifaceted form of communication. Purring can signal hunger, stress, or healing from an injury.

Misconception: Bulls are enraged by the color red.
Truth: Bulls are colorblind to red and green, like all cattle. It’s the movement of the cape that riles them up.

Misconception: Cats and dogs are colorblind.
Truth: They mostly see shades of blue, gray, and yellow, much like a human with red-green colorblindness.

Misconception: Mama birds will abandon their baby if you touch it.
Truth: Mama birds don’t identify their chicks by smell. The Cornell Lab of Ornithology says to put “ugly,” featherless baby birds (nestlings) back in the nest ASAP and leave cute, fluffy, feathered birds (fledglings) alone.

Misconception: Elephant trunks are like straws.
Truth: They actually suck water up partway and then release it into their mouths, like a baster. Elephants also use their trunks to breathe, smell, gather food, and stroke loved ones.

Misconception: Bats are blind.
Truth: While 70% of bat species use echolocation to navigate, all have eyes and are capable of sight.

Misconception: Every wolf pack has an alpha who fought to the top.
Truth: Wolf packs operate like human families; parents are in charge, there are no ranks, and younger wolves do not overthrow elders.

Misconception: You need to dominate a dog or be dominated.
Truth: Dominance theory has been debunked. In fact, asserting your “alpha-ness” and causing long-term fear in a dog can lead to physical and behavioral problems.

Misconception: Dairy milk is good for cats.
Truth: Most adult cats are lactose-intolerant and will suffer gastrointestinal discomfort.

Misconception: The sun is on fire.
Truth: The sun is fusing hydrogen atoms into helium, meaning its heat and light come from nuclear fusion. Fire is a chemical reaction, which would not yield enough energy to last millions of years.

Misconception: The sun is a yellow star.
Truth: The sun emits energy in all of the colors of the rainbow, mixing together to create white light. The sun emits more green light than other colors, so it could be considered a green star.

Misconception: The moon is solely responsible for Earth’s tides.
Truth: The moon, the sun, the shape of the beach and coastline, the angle of the seabed, and the winds all influence the tides.

Misconception: The world’s tallest mountain is Everest.
Truth: Everest rises the highest above sea level (29,035 feet), but Mauna Kea is the highest from base to summit, at 33,500 feet. However,13,796 feet of it is submerged in the Pacific Ocean.

Misconception: Earth is a perfect sphere.
Truth: Earth rotates at about 1,040 mph (60% of the speed of a fired bullet). This rotation slightly flattens the poles and causes a bulge around the equator.

Misconception: The Garden of Eden’s forbidden fruit was an apple.
Truth: The Bible never mentions that it is an apple.

Misconception: You have to wait 24 hours before filing a missing person report.
Truth: Law enforcement agencies stress the importance of quick action, especially if there is evidence of violence or an unusual absence.

Misconception: Ted Bundy lured women with his good looks and charm.
Truth: It was a numbers game for him. He asked many women for help, but most refused and claimed he gave off creepy vibes.

Misconception: Coin flips are always random.
Truth: A coin toss isn’t 50/50; it’s closer to 51/49, favoring the side that was facing up when the coin was thrown into the air.

Misconception: Penny spins are always random.
Truth: The penny will land tails up 80% of the time. Lincoln’s head makes the heads side heavier, making the coin more likely to fall with that side down.

Misconception: Greek philosopher Pythagoras discovered the Pythagorean Theorem.
Truth: The Babylonians were using the theorem more than a millennium before he was born. It was more likely that he was a sage who taught the doctrine of metempsychosis (reincarnation).