How much does it cost to use a Notary Public?

What are the duties of a Notary Public? What can they do?

It is the duty of a Notary Public to deter fraud related to the signing of documents. They will typically check the identity of the signer, and they may in some instances be required to administer an oath as part of the signing.

What does it mean to have a document notarized?

To have a document notarized means that it bears the stamp or seal of the Notary Public as proof that it has been authenticated and properly documented in the Notary’s journal of notarial acts.

What is the purpose of a Notary Public?

A Notary Public serves as an impartial witness and prevents acts of fraud by ensuring that people are who they claim to be when signing important documents. They also make sure that people are willing participants in the signing of documents and that they are aware of what they are signing.

Do you have to sign the document in front of a Notary Public?

What does it mean to witness a signature?

This means that a person has observed or stood as witness to the signing of a legal document. A witness is generally also required to sign the document as proof that they observed the signing.

Can a Notary Public refuse to notarize a document?

Can I get a document written in Spanish notarized?

Yes, a document written in Spanish can be notarized. Ideally, you should seek out a Notary Public who can read Spanish; however, if using a Notary Public who only speaks English, you must be able to communicate with them in English and the notarial certificate must also be in English. If you are unable to speak Spanish, the state may require you to have the document translated before notarization.

Do both parties have to be present to have a document notarized?

No. People can have their documents notarized by Notaries Public at different times and even locations. In cases like this, each Notary Public must note where the document was notarized, the type of notarial act, the name of the signer, and the date.

What do you need to bring to a Notary Public?

You will need to bring the document and the appropriate identification for your state.

What identification is needed for a Notary Public?

Identification presented to a Notary Public should be issued by the state or federal government and include your signature, photograph, and physical description. Always follow the specific laws of your state regarding what identification is acceptable when having a document notarized. In many states, common types of identification include a driver’s license, U.S. military ID, permanent resident card, or U.S. passport.

Can you get a paper notarized without an ID?

This depends on the state. Some states allow credible identifying witnesses in lieu of identification, while other states, such as California, are stricter and require appropriate identifying documentation.

Are “notarized” and “certified” the same thing?

No. A notarized document verifies the identity of the signer, while certifying a document, which is often called certifying true copies, involves copying an original document and certifying that it is a faithful copy of the original. In some states, Notaries Public are not allowed to copy or certify true copies, as they are previously signed documents.

Can you get something notarized online?

Our Notaries Public are available to notarize documents in our Missouri stores only.

How much cash can I get for my title loan/pawn?

How much cash can I get for my personal loan? 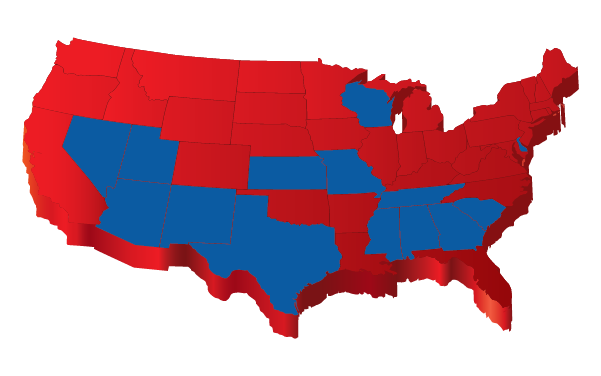 Visit our Discovery Center for fun facts, infographics and more.

Read Articles from the Discovery Center